Conflict is one of the recurrent themes in the work of Ola-Dele Kuku. The architect-artist sees conflict as one of the driving mechanisms in our world, and as a tool to set change in motion. Conflict has played a crucial role since the dawn of creation, just think of the stories of the Big Bang and the paradise of Adam and Eve. 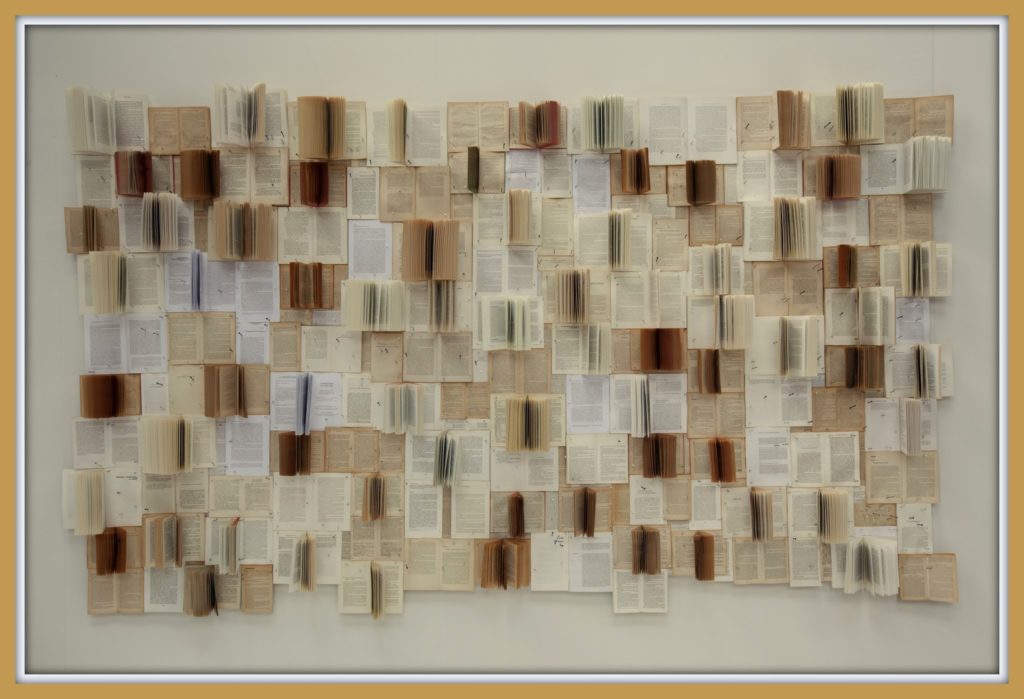 According to Ola-Dele Kuku our world has reached a turning point. The existing hierarchy is at its zenith and is therefore about to fall. We have lost our faith in God, we no longer fear him. Even morality, terms like good and bad and our complete image of society must be revised. Because morality changes depending on the side you are on. And although social media sometimes give the impression that our world is just a village, we are still increasingly concerned with what is happening outside our own front door. 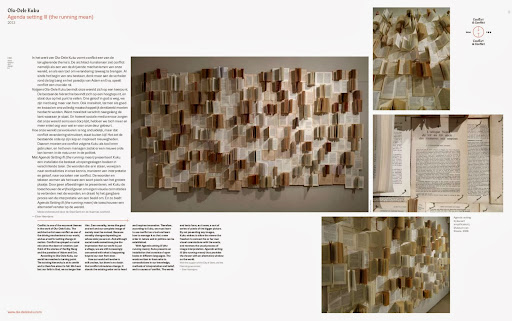 How our world will evolve is still unclear, but there is no doubt that conflict stimulates change. It stands the existing order on its head and inspires innovation. Therefore, according to Kuku, we must learn to use conflict as a tool and learn how to manage it so that a new order can establish itself in nature and in politics.

With Agenda Setting III (the running mean) Kuku presents an installation that consists of open books in different languages. The words written in them refer to contradictions in our knowledge, methods of interpretation and belief, to causes of conflict. The words and texts form, as it were, a sort of pixels of the bigger picture. By not presenting any images Kuku wishes to allow the onlooker the freedom to connect his own visual connotations with the words and reverses the usual process of interpretation of an image. Agenda Setting III (the running mean) thus provides the onlooker with an alternative window on the world.

Conflict & Design With the support of the City of Genk and the Flemish government.

This entry was posted in events, exhibitions, Productions, Projects. Bookmark the permalink.